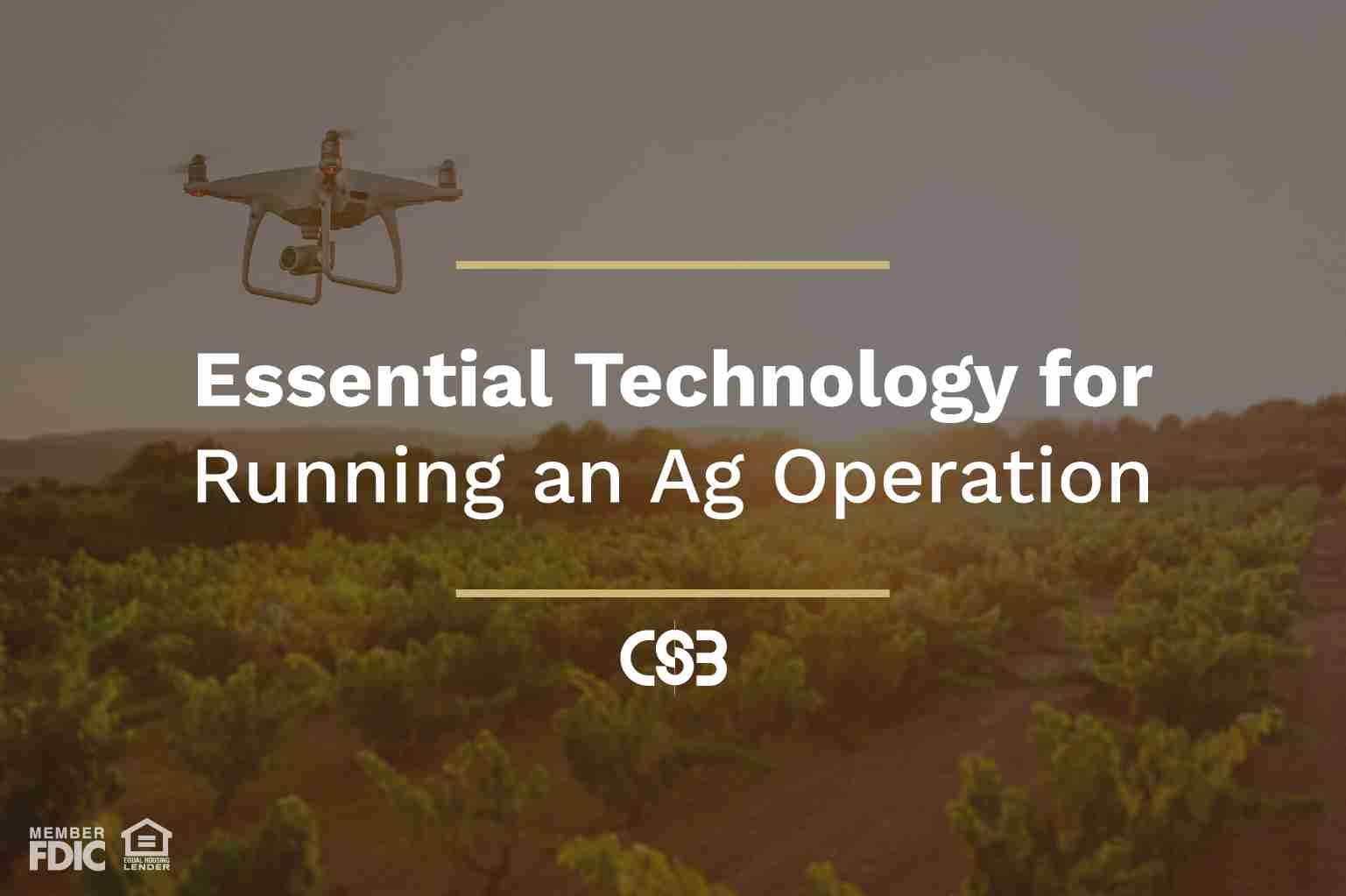 Technology is the application of scientific knowledge for practical purposes. “Essential” technology, both in the home and in the workplace has changed drastically over the last decade, and it will continue to change over the next. Technology gives us the ability to do everyday tasks more efficiently, which certainly also applies to farming. Some technologies aid farmers in an increase in profit, while other innovations allow for an increase in safety measures.

In general, technology in the workplace, including on a farm, should be used to complete jobs efficiently. This means tasks are being completed faster and better than without the technology. The main four pieces of technology used on farms for efficiency, according to the United Soybean Board are planters, combines, soil testing, and UAVs.

Planters
Everything about planting seed is specific. The spacing and depth are different for each seed and need to be planted with the most accuracy in order to yield more production. According to Liz Rude, CSB Ag Lender, “Technology such as precision planting allows you to monitor soil types to control downforce, allow for in-cab closer monitoring, and control the amount of seed and liquid application planted around waterways and other areas to aid in increasing yields and decreasing expenses.” Increasing yields and decreasing expenses is the goal of any farmer. Precision planting started in only 1993, and it has led to a 10-22% increase in yields according to Future Farming. 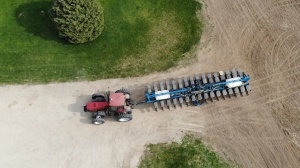 Combines
Over the last 30 years, technology such as yield monitors and telematics have enhanced combines and made the job easier and more efficient for farmers. Yield monitors use a geomap of the farm to monitor grain flow and moisture as well as movement of the combine itself. Yield monitors also allow for farmers to notice issues in the field so they can brainstorm potential solutions. For example, the yield monitor might flag an area of dense weeds, rocks, standing water, etc. Farmers can use this information to harvest the best yield possible.

Soil Testing
Starting in the 1940s, soil testing is not a new system by any means, but it continues to be an efficient system farmers use today. Soil testing checks for nutrients in the soil as well as the PH levels, which let farmers know how much fertilizer to use in order to produce the yield they desire. As the system becomes more accurate, the yields also increase. For example, a farm yielding 40 bushels per acre in 1950 now yields 170, according to Leaders in Farming Technology. This is a huge improvement in yield, and therefore a major increase in profit.

UAVs
UAVs, or unmanned aerial vehicles, have been used in farming surprisingly since 1921. More recently, the popular name for a UAV is a drone. These vehicles can be used to map farms or spray crops. The UAV can quickly map the entire farm to be used with a yield monitor, increasing yields and profitability. They can also improve the accuracy of spraying which keeps it contained to the desired areas.

Increasing Safety
Although technology is mainly known for increasing profit, the increase in safety using technology in agriculture has also been crucial to farmers across the US.

“Technology has numerous benefits for your farming operation, but it is not always directly related to increasing yields and profits. Oftentimes it is technology that allows for added safety and protection for the farmer and their families,” states Liz Rude.

A dangerous part of farming is the need to get inside the grain bin. The need for this happens more frequently when the weather has been less than optimal. In 2020, there were 35 grain bin entrapments, 20 of which were fatal, according to Purdue University.

To put an end to this, MIT students Ben Johnson and Zane Zents created a robot that can do everything a human currently needs to do inside the grain bin.

According to AgWeb, “The Grain Weevil is a remote controlled specialized robot designed to engage with the grain directly to aerate, move, and manage the grain.” Johnson and Zents were inspired by a family friend who asked them to build a robot so he wouldn’t have to endanger himself or his children by entering the grain bin. Although the Grain Weevil is not widespread at this point, the creators plan to continue to test and develop it in the future to be used by farmers everywhere. 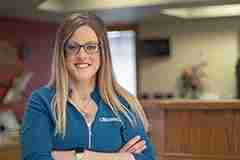 Get in touch with Liz

I am here to assist you in reaching your financial goals and to ensure that you fully understand all of your options. I want you to feel comfortable and reassured that you are making the right financial decisions. Whether you are purchasing a home, buying a car, starting a business, or opening a deposit account, we can work together to help you find the best financial solution.